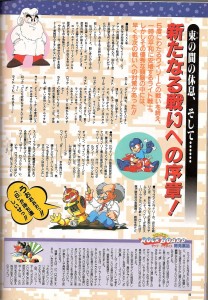 From the Journal of Thomas Right
Happy Birthday Rockman …I guess
Rockman Jump!s On Stage
Beat It!
Poll Results Are In