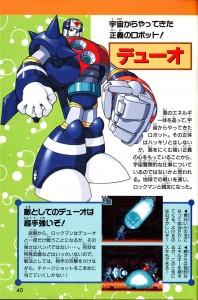 Megamix and Bondman
The Lost Episode of Rockman 6
Ask Me 3: The Final Lesson!?
Spring is here
Seeing Red