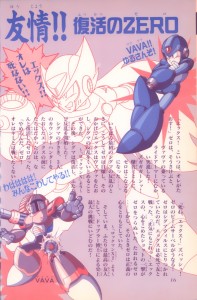 The Siberian Citadel — they don’t build ’em like that anymore!
A Little Something for Voully
The Manga of Rockman Perfect Memories, part 2
August wasn’t my best month for blogging.
Dr. Right Takes Over the World