I’m thinking I’ll try a Monday-Friday update schedule. On Fridays, I’ll post up some artwork scans from the CFC materials that don’t really require translations. Some are really cool, some not so much, but all of them are pretty rare. Apologies in advance for my scanner’s quality situation. 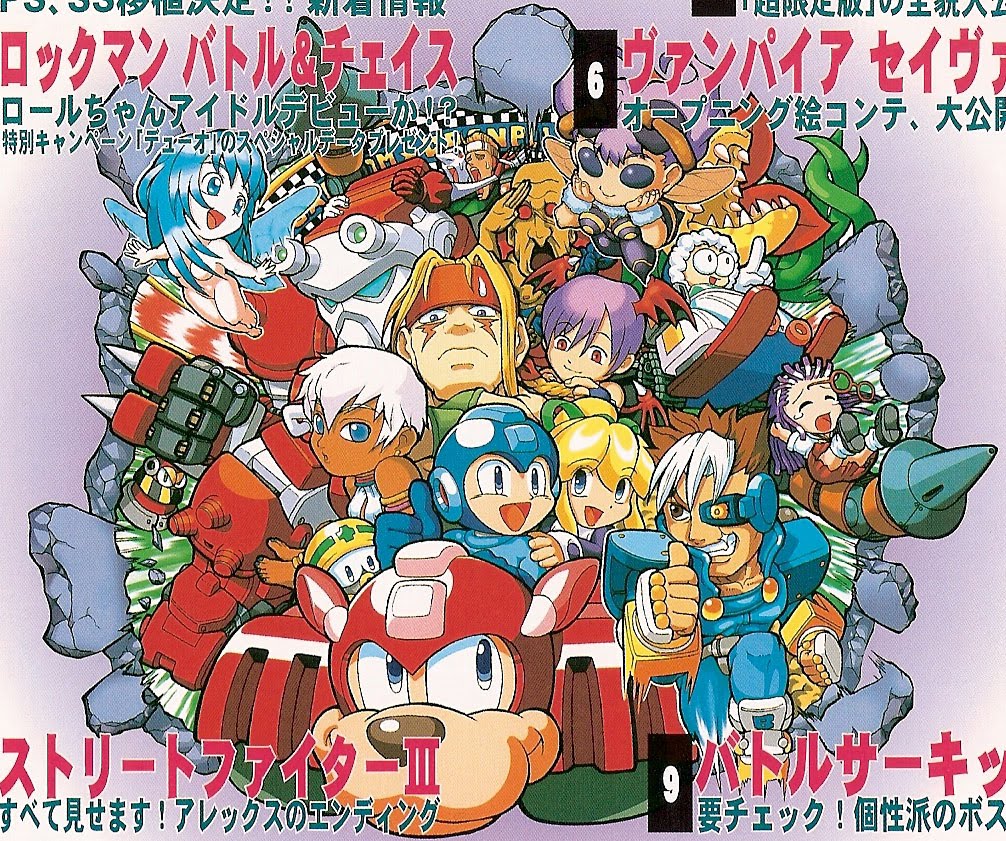 Today’s image is the Capcom Gran Prix. This appeared on many promotional goods around ’97, but the only reasonable image I have of it is from the table of contents for the CFC Fan Book #3. (That’s why it has some writing over it.) I don’t think this has appeared in any other Capcom art books, but I’ll double check that later today. It’s a pretty busy piece, so I’m not really sure I know who all the characters are. Some are from Street Fighter, Cyberbots, Battle Circuit, Vampire… and Rockman! I can’t help but laugh at Iceman’s expression.