The Mega Man Network has mirrored some scans from 2chan showing off artwork for 2 characters from the Japan-only Bandai-prouced made-for-Wonderswan Rockman & Forte Mirai kara no Chousensha (or just RFWS for short).

The artwork is pretty similar to the character image screens found in the games. It’s odd they didn’t include such art in the game’s manual. The booklet and packaging almost completely devoid of pictures that aren’t screencaps, and what there is is taken from Capcom’s own Rockman & Forte game art. What a neat find!

Also odd is that Shadow’s body is a dark green color. In the game dialog he’s often referred to as being clad in black. But all in all, that’s hardly the weirdest thing about that game.

Here are the photographs, starting with the two-page spread: 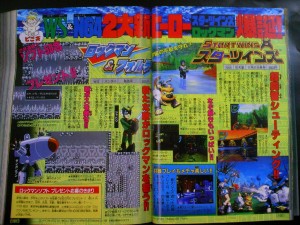 And here’s just the relevant page: 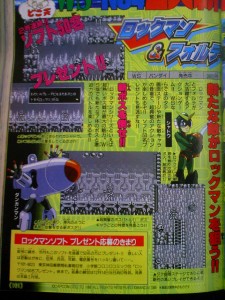 A close-up on Rockman Shadow: 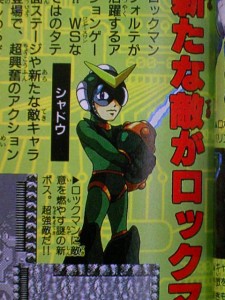 And finally, a close-up on Danganman (“dangan” means bullet or artillery shell): 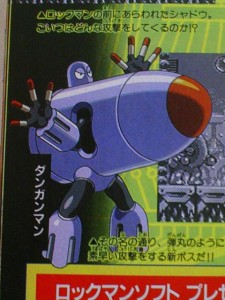 Cool. Makes ya wish they’d published more of the art from that game.