Presenting another of my favorite pieces of tribute art from R20+5:
A collaboration piece from a team of Capcom artists! 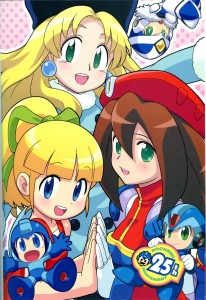 Read on for more images, and whodunnit!

This image came from the combined efforts of four Rockman artists:
Iris was drawn by Ryuji Higurashi, art designer on Rockman X Command Mission and a ton of other stuff, probably the most famous Rockman artist of this lot.
Roll was done by Yuri Kataiwa, the artist behind the “Roll! Roll! Roll!” image.
Kalinka was by Rockman Xover artist Kenta Saitou, who also designed OVER-1.
Finally, the 3 chibi Rockman heroes were all made by Keisuke Mizuno, whose work you might recognize from Rockman Rockman/Powered Up.
(I hope I didn’t butcher my reading of those names.)

You can also enjoy some of the art without overlay (though in much smaller form), as they appear as Battle Memory cards in Rockman Xover. 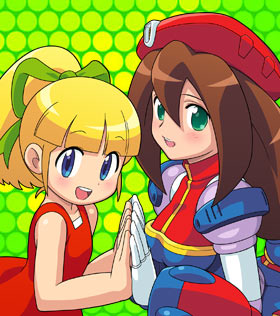 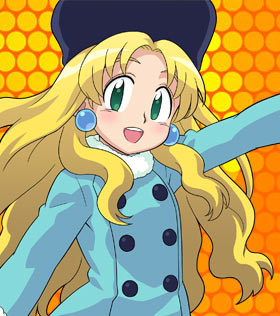 I got these over at the Xover thread on Capcom Unity, which is a great resource by the way. Thanks to Django, Berserk, and/or whoever else has been taking these awesome server rips.

Speaking of Xover, in anticipation of having a bunch of new Android device users, they’ve now completely revamped the early level up system for all players who are just starting out (which makes much of my advice here obsolete). Thanks to new EXP, Zenny and item bonuses, what stats and wealth once took weeks to accumulate in the game can now be achieved in a single day. I’m actually a bit jealous. There has probably never been a better time to start playing this game. 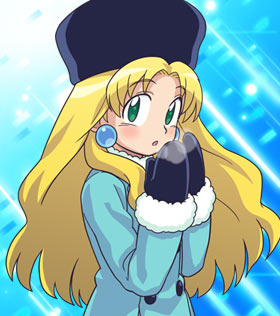 Here’s some more unique artwork from Xover, because Kalinka deserves more pics. Plus OVER-1 showing off his sexy spring-action dual-barrel buster. 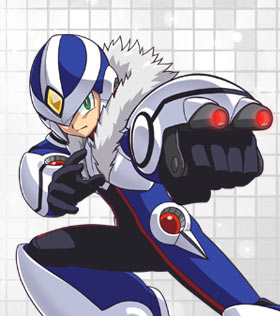 If you ask me, the game’s existence is justified just for those two’s designs alone.

5 Comments to "Every Hero Needs Support!"