The Tatsunoko vs Capcom Cross Generation of Heroes Official Character Guidebook included some storyboards for the opening movie that differed quite a bit from the final version. Wanna see?

Opening Image Collection
We now present to you the heroes cross-over from the storyboard for the opening anime! 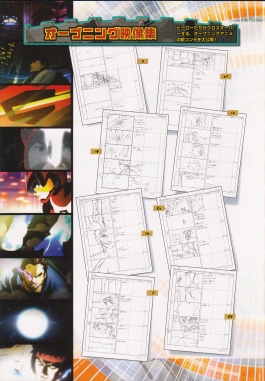 It starts out pretty much the same. Shots of a Manhattan-like city, TV signal noise, Ryu and Ken the Eagle and so on. 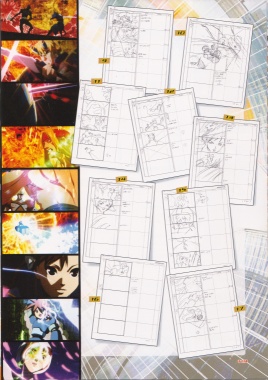 Aha, here’s where we start to see some differences! Alex would face off against Ippatsuman after Tekkaman on board 12. Then on board 15 and 16, Saki takes the place of Roll following MegaMan Volnutt! 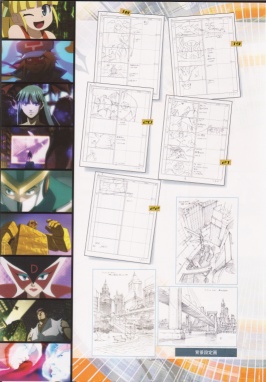 Instead of Doronjo, Morrigan faces off with Hakushon Daimaoh, Tatsunoko’s comical genie character that was dropped from TvC Ultimate All-Stars. And last but not least, the movie would have ended showing Yami as the source behind all the inter-dimensional static noise. Hmm… was there a teaser trailer or something that ended like that? It seems awfully familiar.