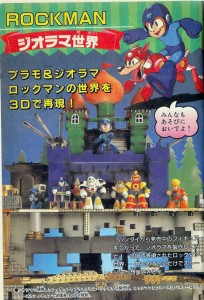 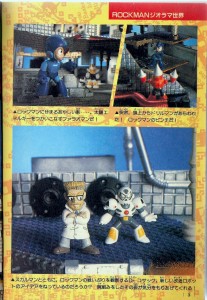 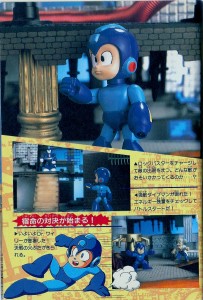 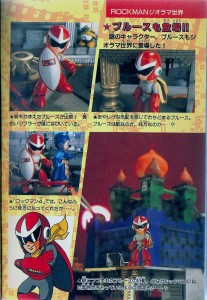 These pages appeared in Comic Bom Bom Special #87, the Rockman Daizukan. When I was younger, I thought that the people who made dioramas like these for commercials and magazines had the best job ever. What’s cooler than putting together awesome things and getting to play with them? I’m still amazed at what people can do with models, photography and stop-motion. I hope that we’ll see some inspired fans putting some of the new Rockman toys and model kits to good use like this.
Posted in blues, rare art, rockman, translation