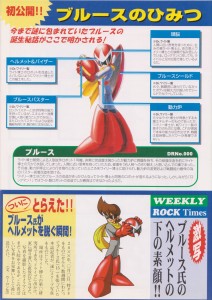 « Trekkies have one… shouldn’t Mega Man?
What, another update?! »

One Year In
X Pic Weekend Roundup
Before they were games
Mecha Dragon Tales
Who is Soul Battler Takeshi?