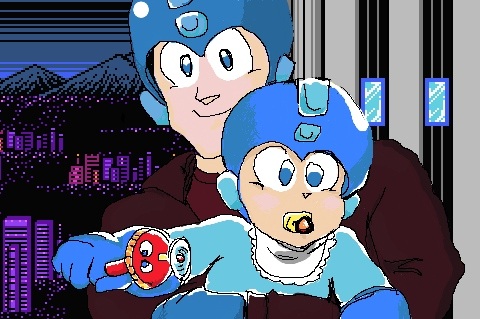 In which I subject you all cruelly to my mediocre attempt at fan art!

The inspiration for this came from the Rockman 2 box’s inside flaps, where on one side was an image of Rock as a baby and on the other, as an adult. Why were they there? I’m honestly not sure. Maybe it’s an “inside” joke, or just something they wanted to throw in to be cute. But anyway, it got me thinking. Now that Rock is 25, he really is old enough to be that adult and to have a child of his own. And it’s rather poignant, in a way. A lot of us fans of those original games are adults now, many with kids. Those with, probably would like to reconnect with Mega Man through their children, sharing what games they grew up with. 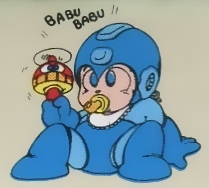 Maybe that’s you, maybe it isn’t, I don’t know. Happy 25 years of Rockman to you. (Don’t worry, I’ll have some better updates for you later on.) 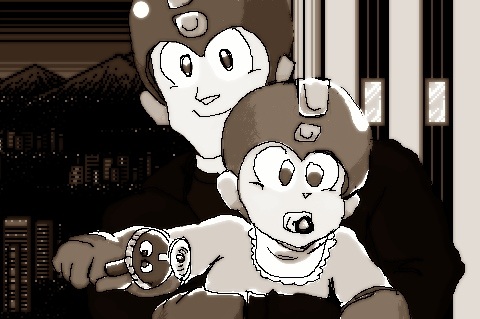 « The Rock Manual part 2
From the Journal of Thomas Right »